Home > The Oncopole > Europe, the french government and regional authorities 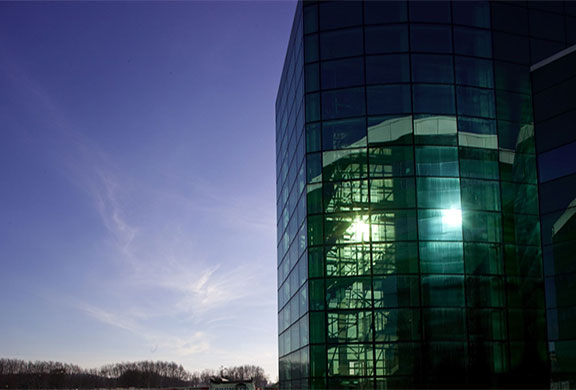 The fight against cancer - a national priority, receives concrete institutional support. The French government, Europe and the regional authorities acting as partners to finance, build, manage, lead and sustain the Oncopole and its missions.

The Oncopole, a large public-health, scientific, economic and urban project, could not be considered without the financial and human support of various institutional partners: Europe, the French government, the surrounding municipalities community - as project owner of the site development - the regional authorities, the departmental authorities and the city of Toulouse. The establishment of the management structure, of the site’s organization and promotion is also provided by the direction of Oncopole-Life Sciences-Public Health in Toulouse Métropole.

The French government engaged in the fight against cancer

With INSERM's two mixed units - the Claudius Regaud Institute and several CNRS' laboratories of the Paul Sabatier University - Occitanie can count on many strategic advantages in cancer research.
By funding the Cancer University Institute (IUC - Oncopole) with €300 million, the French government supports a constantly evolving industry with many applications. Through projects of scientific excellence and future investments, the French government makes a substantial financial contribution. That is how CAPTOR, a university and hospital project for cancer treatment, has received a €10 million grant.

Another winner, the TOUCAN Laboratory of Excellence, with €5M granted by the French government, explores new avenues for the understanding of biological mechanisms involved in blood cancers and explain the reasons for some resistance to current treatment protocols, in order to develop new and more effective treatments.

The various local, regional, national and European administrations have united to make sure that Oncopole Toulouse becomes a reality in the short term. Political players of the project jointly established the terms and conditions of their commitment and financial support in the following areas : management, access roads and primary equipment.

The French government is a strategic partner of the Oncopole in many of its components: university institute of cancer, competitiveness clusters, cancer research center in Toulouse, advanced life sciences technologies institute.
Thanks to the cooperation between public and private partners - such as Toulouse Metropole and Pierre Fabre - the Oncopole offers the region the opportunity to promote biotechnology and cancer.
Also, the presence on the site of academic, scientific, technological, medical, clinical, industrial players promotes a connection between medicine and engineering at the service of patients.
This new dynamics of the Oncopole highlights the international ambition of the project.

« More than ever, the fight against cancer must mobilize national and regional forces.»

Carole DELGA
President of the Regional Council of Occitanie